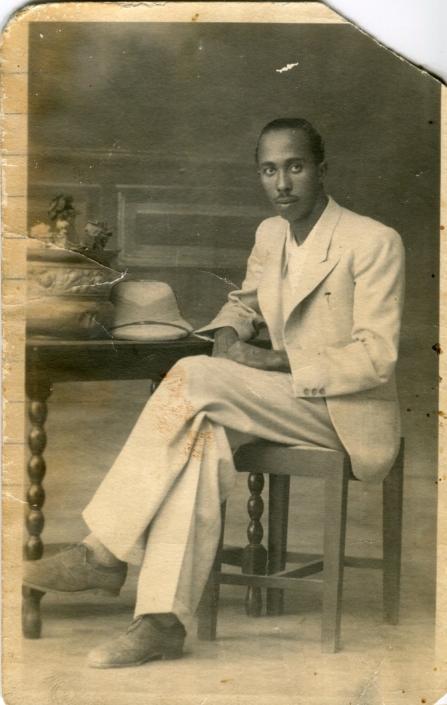 Between 2017 and 2022 Scan Data Experts Limited (SDE) acted as the principal technical advisors for the Sudan Memory project working for Kings’ College London.

Between 2017 and 2022 Scan Data Experts Limited (SDE) acted as the principal technical advisors for the Sudan Memory project working for Kings’ College London (KCL) under the leadership of Professor Marilyn Deegan. The project was funded by the British Council’s Cultural Protection Fund and the ALIPH Foundation.

The project launched in March 2022 with a huge range of Sudanese cultural content available online. The project has resulted in one of the most comprehensive digital humanities collections in Africa, created to protect and showcase the culture of the remarkable country of Sudan.

In January 2013, alarming reports emerged of rebels in Mali bent on destroying libraries in Timbuktu where precious texts and ancient manuscripts were being held. Two libraries were set on fire, but fortunately many of the manuscripts survived when they were smuggled out of the city to safe locations. This incident highlighted the plight of cultural heritage artefacts in areas of actual or potential conflict, and prompted Dr Badreldin Elhag Musa, of the Sudanese Association for Archiving Knowledge (SUDAAK), to reach out to UK institutions for help to preserve Sudanese cultural materials.

Archivists at the Sudan Archive at the University of Durham passed Dr Elhag Musa on to Prof Marilyn Deegan at the Department of Digital Humanities (DDH) at King’s College London.

This started a nine-year association between the two which has culminated in the launch of the Sudan Memory website with content from across 6000 years of Sudanese history. Films, manuscripts, photographs, documents, newspapers and magazines covering a myriad of topics ranging from clothing to architecture and poetry to revolution have been contributed by over 40 institutions and well over a hundred individuals. Many, many more have contributed their ideas, support, and assistance of all kinds to the project activities across Sudan and the wider world, and that enabled the success of Sudan Memory project.

In October 2017 an application to the British Council’s Cultural Protection Fund (CPF) was successful and Sudan Memory could finally happen. King’s College London has been the lead site and grant holder, with the two main partners being SUDAAK and Sudan’s National Records Office, with Dr Mohammed Azred as a key participant. A further grant from CPF was given in 2020, and the project was also able to secure funding from the ALIPH Foundation that same year. This extra funding allowed the Rift Valley Institute in South Sudan to be added to the project’s partnership.

Working with Geoff Laycock from Scan Data Experts (SDE) it was quickly established that the only feasible way to manage the digitisation process across so many institutions was to use a digitisation production management tool. After a tender process it was decided that the project would install and utilise the Goobi workflow system from intranda in Germany. Goobi could be hosted remotely and was accessed via the web and allowed item metadata to be imported using excel spreadsheets before mass importing digitised media (images, video, and audio files) to those metadata records. Goobi could also facilitate automatic image cropping, file renaming, image resizing and watermarking. Goobi was easily capable of managing the work of a large team of translators and subject matter experts to create validated meta- data and subject tags in both English and Arabic. More than 150 people have worked closely with the project. Many more have been trained.

The Goobi viewer was selected as the system to represent the digitised content online at the end of the project as it was accessible, open source, featured persistent URLS, a IIIF image viewer, was multi-lingual, and could be visually customised for the project design aesthetic.

After initial visits to Sudan by SDE, intranda and the project team, Goobi workflow and the viewer were installed and configured for the project, and a training program was prepared.

The first scanners were installed and trainings began in Sudan in July 2018, at the National Records Office and the University of Khartoum, however it took 8 months to get to this point. Before that, the content to be scanned needed to be considered in order for the right equipment to be provided and because of uncertainty over the possibility of locally purchasing all the peripheral equipment, these too had to be assessed.

SDE designed a metadata system with a minimum level of information to describe all objects including title, description, dates, locations and a fixed list of topic tags to enable the pulling together of a very diverse range of content to enable fluid browsing and searching by the eventual users of the Sudan Memory Portal.

After a formal procurement, Professor Deegan selected SDE because of their experience in delivering digitisation projects and ability to manage the digitisation process across 40 institutions, involving complex tasks such as digitising a range of different materials, cataloguing metadata in English and Arabic, and delivering all the content online.

SDE Consultants have been working in the area of heritage digitisation for over 20 years and Geoff Laycock, the founder started his career by working as the senior consultant at the Higher Education Digitisation Service (HEDS). HEDS was a Higher Education JISC service run out of the University of Hertfordshire which developed best practices for the delivery of digital humanities digitisation projects in the early 2000s. During that time Kings’ College London worked with Geoff Laycock and other HEDS colleagues on a variety of pioneering projects. More recently they had also worked with SDE to deliver a digitisation project in Rwanda – the Gacaca Archives digitisation.